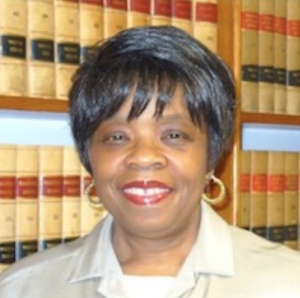 Barbara Ransom received her B.S.Ed. in 1971 with the thought that she would do what she had been born to do — be a teacher — for the rest of her life. Barbara applied her teaching credentials to almost every level of education — wisely leaving the middle school experience to more stalwartly comrades! Instead, her life took a turn and she pursued her law degree and most of us know her as Barbara Ransom, Esq. Attorney at Disability Rights California.

For more than a quarter of a century, Barbara has represented individuals, classes and advocacy organizations in the pursuit of ensuring that persons with disabilities receive rights secured through the U.S. Constitution, Americans with Disabilities Act, Individuals with Disabilities Education Act, Section 504 of the Rehabilitation Act and various state constitutions and civil rights laws. Recognizing that our nation has been made richer for its ability to fashion laws that value the humanity and potential in each of us, Barbara has used these laws to the best of her ability to ensure that school districts, state and local public servants, businesses — and even some opposing counsel and judges — remain mindful of the soul of America.

Scott Shepard, Executive Director of Avenues SLS, was privileged to serve with Barbara on the National TASH Board of Directors. In 2019, Barbara was recognized and received the highest honors bestowed by the TASH Outstanding Leadership in Disability Law at the Symposium & Award Dinner in Washington D.C.