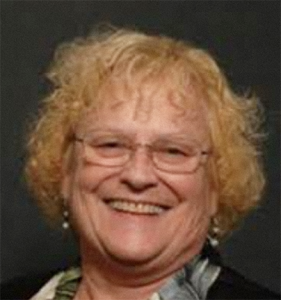 Dr. Jacki Anderson has been a key member of researchers and trainers who paved the development of what we now know as Positive Behavior Interventions & Support (PBS/PBIS). She was the Training Coordinator for the NIDRR Research and Training Center on Positive Behavioral Support, awarded to the University of South Florida with subcontracts to University of Oregon, University of California, Santa Barbara, California State University, Hayward, University of Kansas, and State University of New York to improve the effectiveness of and disseminate the technology of Positive Behavioral Support from 1998-2003. From 1988 through 1997, Jacki coordinated State and National Training teams throughout California and the U.S., to provide research and practice (implementation) over a course of six to eight months with specific communities and selected focus persons to conduct functional behavioral assessments, develop comprehensive multi-component behavior support plans, and most critically, to achieve desired outcomes for each team. Jacki brought a person-centered focus based on the quality of life measures to each team, which really helped team members to see the person behind the behavioral labels.

Scott Shepard, Executive Director of Avenues Supported Living Services, is proud to have been mentored by Jacki, Richard Mesaros, and Tom Neary as part of the first California Research & Training Team on Community Referenced Non-Aversive Behavior Management, which morphed into what we now refer to as Positive Behavioral Support. Jacki, Scott and Jose Perez teamed up to present at many State and National Conferences together, including “Individual positive behavior support in inclusive setting across the lifespan” at the 3rd International Conference on Positive Behavior Support, Reno, N.V. in 2006.

Dr. Jacki Anderson is perhaps best known for her work as a Professor at CSU Hayward (later CSU East Bay) where she coordinated the Education Specialist: Moderate/Severe Credential and Masters Degree Programs, focusing on inclusive supports for students who were most likely to be excluded and segregated from the mainstream. Jacki also was a founding Board Member of the Association of Positive Behavior Support (APBS), Board member of National TASH and Cal-TASH, and continues her work on the Editorial Boards for JPBI (Journal of Positive Behavior Interventions) and RPSD (Research & Practice for Persons with Severe Disabilities).