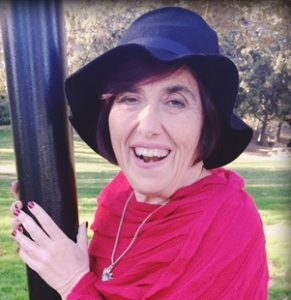 Heather Hardman grew up in Connecticut with her family, where she attended Belhaven school for students with autism.  In 1987, Heather and her family moved to Santa Clarita, California, after writing letters to Scott Shepard, the new Director of Jay Nolan Community Services Vocational Programs to ensure that Heather would have access to services once they moved.  Heather became a recipient of Regional Center services and began attending both the Calypso Behavior Management Day Program and the Saturday Program, which provided a day of community-based activities and instruction for children and adults with autism who lived with their families.
While Heather does not use traditional communication, she had a tendency to become trapped in some compulsive and loud routines at home, in school, and later in the day program.  It took a while for us to notice that Heather enjoyed spending time in the community as opposed to a classroom or segregated program setting, where her behavioral routines were more prevalent.  At her community-based Saturday Program, Heather had a blast, which was very different than the time she spent at the segregated behavior day program.  Heather always enjoyed going out with her Dad on any errands he chose to run, and this helped get her away from her loud routines that centered around repeating verbal prompts that were directed towards her at home.
So, Heather began to work while spending her “off hours” in a variety of community activities outside of a “program” setting.  Once Heather had the opportunity for competitive, integrated employment, she proved all the  “behaviorists” wrong by showing that instead of needing to earn the right to work in the community by showing “good behavior”, the best path to success was to get Heather a competitive job in an integrated setting with the proper supports she needed.  Her support has included job coaches that are instructed to use visual cues instead of the verbal cues that Heather routinely got “stuck” on.
Heather initially had jobs at Foster’s Freeze and Carl’s Jr., while attending non-academic classes at College of the Canyons and utilizing her gym membership daily.  She has worked at Edwards Theater (now Regal) since 1998, and at a second job at Marshall’s for 15 years sorting & hanging up women’s lingerie.  Heather is described by her supervisors as “dependable and hard-working”.
Heather is a classic example of a person whose skills were underestimated in a Special Day Class setting and other segregated environments.  If she was still there, they still might not think she was “ready” to work.
Heather’s folks enjoyed having her living with them, but they realized that Heather would outlive them and wanted to assist her to embark on the journey of living in her own place, so in 1997 they connected with Avenues SLS. Heather, her family and Avenues SLS worked together to find a place to live with the support she needed to live on her own, while still visiting her family on most weekends.  Fast forward to 23 years later, and Heather is now living in her own house with her roommate, splitting the mortgage and utilities.  Although her parents have passed away, they left her with the resources to be in her own home, which she moved into two years ago with support from her sister Lori.  On weekends, Heather enjoys participating in 5K’s and regularly participates in her church activities. 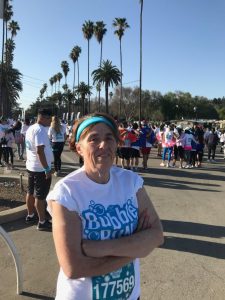 Heather has proudly shared her story at state and national conferences, including being on a keynote panel at the National TASH Conference in Portland, Oregon in 2015.  Heather also enjoys advocating by sharing her story with local legislators through a PowerPoint, which she has shared at their local offices, and in Sacramento. 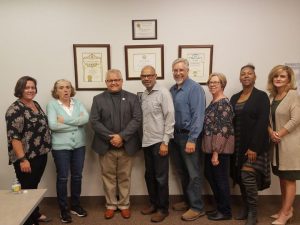 Heather is a proud ambassador for others with non-traditional communication and those labeled with “severe reputations”, as she has ensured that professionals (like those of us at Avenues SLS and JNCS) listen to her and allow her to show us what she can do through employment, legislative advocacy, and simply living the life she chooses. 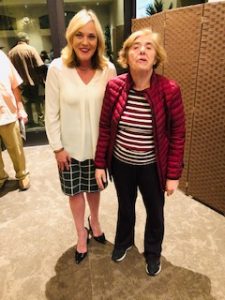