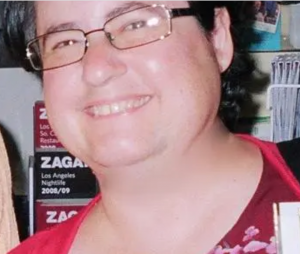 Ilene was one of the performers in the televised Jay Nolan (JNCS) telethons which raised money to fund initial services for Jay Nolan in the early 1980s. She later became one of the starting participants in that agency’s residential Apartment Program in 1981.

In 1988, Ilene was the first person on the autism spectrum to be hired as office staff (Secretary) for JNCS. This was when Scott Shepard was the Director of Day Services, also at Jay Nolan. Ilene’s spirit, skills of typing over 100 words per minute and determination have been an inspiration to her co-workers and supervisors throughout her career.

Ilene went on to work in secretarial positions for other companies and later moved to the Westside area of Los Angeles to be closer to her family while getting a job at UCLA. She has been a keynote presenter for Cal-TASH. As Ilene shares:  “I have lived on my own for over 25 years, held a full-time job for 20+ years. I graduated from Santa Monica College with an A.A. in Liberal Arts with an emphasis in Business. I currently have staff who assist me throughout the week. They help me expand my world, in areas I would not have done on my own. I like to type, power walk, attend book signings and sometimes hold interesting conversations with people from all walks of life. You never know who I’m going to connect with.”

We are proud to share Ilene’s story as a tribute to Women’s History Month – March 2020.  Ilene has been a positive influence in the lives of many and she strives to be the best she can be despite her disability. Please join us this month as we share more inspiring stories of courageous and dedicated women making a difference in the world.