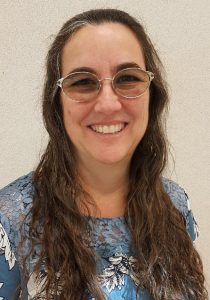 Lori Shepard was raised with an inclusive mindset.  The concept of segregation (for any reason) has never been a consideration. She attended public schools and saw peers separated from the mainstream, but, even at a young age, did not see the value in that structure. On her first day of Kindergarten, Lori came home and announced she would be a teacher when she grew up.
As a teen, Lori was already tutoring children and coming up with creative ways to teach the curriculum to the strengths of each child.  As a young adult, she realized she did not want to be a teacher, in the traditional sense, as she is NOT a morning person and does not like the constraints of a classroom model for teaching.  She turned toward adult services at the age of 19. 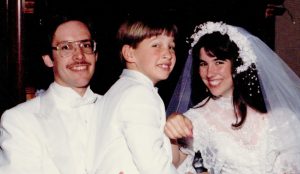 “Dan H. was Scott and Lori’s Ringbearer”
Lori has a passion for helping people to discover the power of making choices. She emphasizes using communication tools that work for each individual to give them a voice.  In addition to her work at Avenues SLS, a Master’s degree in Assistive Technology has brought her back full circle to working with children and helping them access their curriculum.  Finding ways for people to do things they want to do (and those they need to do as well) is one of the challenges she enjoys.
As an avid (dare we say compulsive?) reader, Lori has a wide knowledge of resources available both locally and statewide. If she doesn’t have an answer, she will find it.  She enjoys empowering people and their family members to get the services, supports, equipment, and benefits they need to lead a full and productive life. 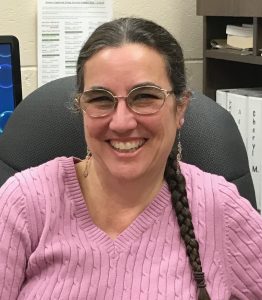 Avenues SLS started with a passion held by Scott and Lori Shepard to support people to be fully included in their communities.  The goal was not to be the biggest but to do things right. Helping other agencies to provide quality services and sharing resources whenever possible have been key elements in the mission of AvenuesSLS. Lori has presented at numerous conferences and written an article on mentorship for TASH Connections. 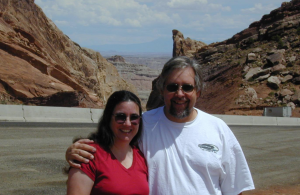 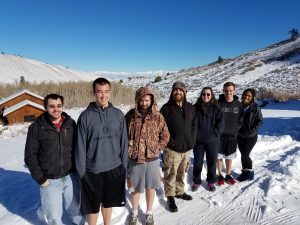 “Family time in the high sierras”
Scott and Lori have 4 adult children and enjoy spending time in the Eastern Sierras. Lori credits her ability to quickly get past anger and stress to her strong faith, which is integral to her being.  She tries to use her gifts to benefit those around her.