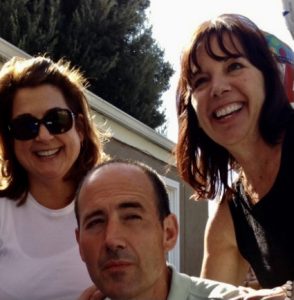 Our last entry celebrating Women’s History Month for Avenues SLS in 2021 is Mary Rowan & Carmel Carp, sisters to John.  Scott first met John and his mom over 40 years ago at a Saturday recreational program in the San Fernando Valley.  As Mary & Carmen share below, John’s mom doted on him and their relationship was very close.  When their mom passed away, however, the Regional Center had limited emergency options to support John and he was sent to a residential home that wasn’t a good fit for him, as John didn’t have much access to the community (outdoors), swimming, and other things he enjoyed, and he was loaded with medications due to his constant movement.  What the home didn’t realize (but his sisters did), is that John learns and processes best through movement and he is always happier when he can move around.  Despite being told by the Regional Center and other professionals that John could never live “in his own place”, Mary & Carmel participated in a Person-Centered Plan for John and embraced the concept of Supported Living Services for him, where services are tailored around John’s unique needs in a home of his own.  After renting for a bit, John’s sisters assisted him to become a home-owner in the Santa Clarita Valley.  Here is what they have shared:

John is our brother who grew up in a family with 3 older sisters at a time when autism was not as understood or prevalent as it is today.  John grew up without developing language and needed additional educational supports.  Our parents did not have many resources to seek help for John and struggled for many years to find the right program to fit his needs.  We lost our father suddenly when John was 16 and our mother continued to raise him on her own and enrolled him in various day programs.  She was always very involved with his care and an advocate for special needs young adults until she passed away suddenly in 2011.  Growing up, we were always very protective of John.  As a child, he was sweet and loveable but always had that same impish streak that he has today.

After our mom’s passing, we struggled unsuccessfully to find the right living environment for John as he had lived with our mother for his entire life.  It was our great fortune that Scott Shepard, who had worked with John in his teen years, heard about John’s situation and reached out to us.  Since John’s been with Avenues he is happy, healthy, and thriving.  He is living the life our mother would have hoped for him.  We will be forever grateful to Avenues and all they have done for John and our family. 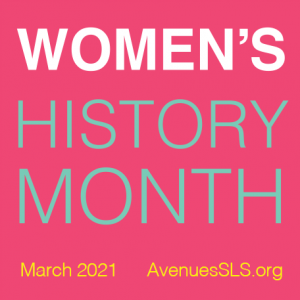